The fire coiled through the walls. It bolted at an incredible speed, licking up the side of the institution’s white walls. Like a crumpled piece of paper lit on fire, the walls caved in around her. The structure unstructured itself, and she wondered if she could trust her senses now.  She closed her eyes and opened them again. Her next breath of smoky air was her last. Still, Zelda Fitzgerald died with a smile on her lips. It was if she knew that this was a fitting end to a life that had burned brightly. 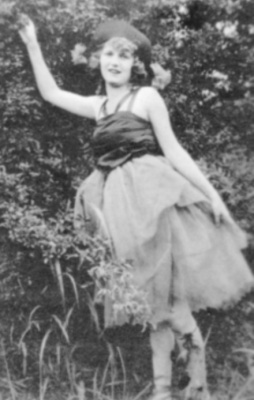 Her life had been a full one since meeting Scott Fitzgerald. They were a power couple, dominating the literary high society, drinking and making love in the afternoon, and having increasingly violent fights with each other in the evening. She had never understood why Scott’s friend, Ernest Hemingway, thought she was such a negative influence on Scott’s writing. After all, it was from her diaries that he lifted some of his best ideas.

Zelda had grown up spoiled rotten by her parents in Montgomery, Alabama. She had loved ballet and basking in the attention shown to her by young men. She was nothing like the other girls. She was wild and free. Only her father’s social standing kept her reputation from ruin.

She met Scott Fitzgerald when he was in the army, stationed just outside Montgomery. When he told her he was going to be famous one day, she believed him. It was what she wanted too, more than anything in the world. Scott was writing This Side of Paradise and transformed the character of Rosalind Connage to resemble her. It was the ultimate form of flattery. It make her immortal on the page. That is when she knew that she loved him.

When This Side of Paradise was published, Zelda gave up her other suitors and agreed to marry Scott. They moved to New York City and soon became the talk of the town, both for their lively wit and for their chronic drunkenness. They became the symbols of the Jazz Age. The talisman of a broken generation.

When Zelda became pregnant with their daughter, they retreated briefly to Scott’s hometown of St. Paul, Minnesota, only to emerge as though from a chrysalis a few months later. When her daughter was born, Zelda proclaimed that she would like her to be “a beautiful little fool.” Scott used this line in his novel, The Great Gatsby.

Zelda wrote a review of Scott’s second novel, The Beautiful and the Damned, and was soon asked to write for more magazines. When Scott’s play, The Vegetable, which Zelda helped him write, proved to be a failure, he became depressed, and they left New York City for Paris.

Scott threw himself into writing The Great Gatsby and, as a diversion, Zelda fell in love with a young French pilot named Edouard Jozan. When she asked Scott for a divorce, he locked her in the house until she relented. Such passion excited her love for him once again.

The Fitzgerald’s knew how to keep up the appearance of being happy, and full of life, but behind closed doors they made each other miserable. Zelda overdosed on sleeping pills one night and nearly died. They never spoke of the incident again.

When Scott met Ernest Hemingway, he felt like he had found another person on his wavelength. Zelda found Ernest to be bogus but Scott would not be deterred. The dislike was mutual and Hemingway frequently counseled Scott to leave her, calling her “crazy.” Ernest introduced them to the Lost Generation expatriates, including Gertrude Stein. Zelda resented how close Scott and Hemingway were getting. When she told him that their love life was declining because he was in love with Hemingway, Scott went out and had sex with a prostitute to prove to her that he was not a homosexual. This led to one of the biggest fights of their marriage.

When Scott was writing, Zelda felt both isolated and bored, marooned on her own island. She would frequently interrupt his writing in an attempt to regain his attention, thereby proving Hemingway’s point. They had both become alcoholics by this point and Zelda was becoming increasingly erratic. She threw herself once again into dance, practicing for up to eight hours a day. Scott dismissed her dreams of becoming a professional dancer. 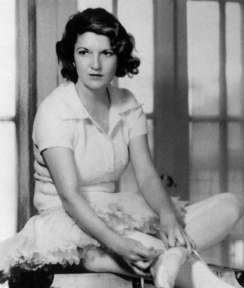 Their lifestyle was becoming increasingly self-destructive. Zelda’s manic obsession with dance left her both physically and mentally depleted. She was admitted to an institution where she was diagnosed as schizophrenic.

While undergoing treatment at a hospital in Baltimore, Zelda wrote Save Me The Waltz, a semi-autobiographical novel about her marriage. It took her six weeks to write. When she sent it to Scott’s publisher, he was furious. He had planned to cover the same material in his novel Tender Is The Night. He forced her to remove everything that he had covered in his book.

Save Me The Waltz was published in 1932, but it was not well-received in its day. Scott demeaned her as a third-rate writer and called the novel “plagiaristic.” Zelda was so discouraged that it was the only novel she ever published.

Zelda became increasingly unstable and violent until Scott had her committed to the asylum in Asheville, North Carolina. She was seeing things and believed she could directly contact Jesus Christ. Scott left her in Asheville and returned to Hollywood, where he was working for MGM. He grew to resent Zelda, believing that he would have been more prolific if not for her.

When Scott died, Zelda began to write again. It was as though she had been freed psychologically from the hold he had over her. During this time she was in and out of the asylum in Asheville. She was not getting any better.

On the night of March 10th, 1948, Zelda was locked in her room in Highland Hospital. In the morning she was due to receive yet another course of electroshock therapy. The fire started in the kitchen and spread rapidly. It flew up the dumbwaiter shaft and spread through the walls. Zelda was one of nine women who died that night. Her death was a footnote in the morning papers, but Zelda died knowing she had lived a full life filled with passion and excitement. Though she had been frequently unhappy, the lows were interspersed with dizzying highs. She had lived fully, with all her heart. She had loved and been loved. As the darkness overtook her, and her eyes closed for the final time, she smiled knowing that she would be remembered.